You won’t see many successful businessmen worth £100 million quite like Dale Vince. Dale is nothing if not a colourful character. Now 55, he’s a tall man, powerfully built. He wears an earring and is usually to be found in jeans and t-shirt.

The day I left school was the happiest day of my life. All my life, as long as I could remember, I’d been at school. Suddenly, I had freedom – it was a wonderful day.

His life reads like a fairy tale for the 21st century. School was not for Dale. That wonderful day he talks about arrived when he reached 15. He took up biking and worked as a mechanic. After a few short years, his feet became just too itchy and he hit the road, teaming up with New Age travellers. He spent the next 10 or so years of his life being  busted by the police for his part in various protests, like the RAF Molesworth occupation against US cruise missiles and in the Battle of the Beanfield at Stonehenge. 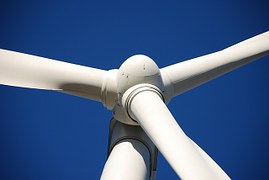 Come his thirtieth year, he saw a wind farm for the first time –  a light bulb moment for him, in more ways than one! The rest is history, as they say. He founded Ecotricity, the green power provider, now the largest private-sector employer in Gloucestershire. He arrives at his office in Stroud astride his motorbike.

Dale is a longstanding vegan who cares about the fate of farmed animals. A month or so ago he had his football club team up with Animal Equality in their iAnimal project. 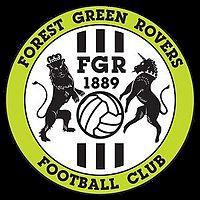 But we’re jumping ahead. Let’s continue with the fairy tale. Age 50, Dale bought the longest-standing club in the the UK’s Football League, Forest Green Rovers FC. Not a man to waste time, within months he’d removed red meat from the players’ diets, and a few weeks after that from the fans’ match day menu. Before long Forest Green Rovers was an all vegetarian club. Then in October last year they went the whole hog and threw all dairy products and eggs out the window, making FGRFC the first ever vegan football club.

There are three main reasons for not eating meat and dairy: animal welfare, human health, and the environment. The meat and dairy industry is not only killing animals, it’s killing us and the planet too  –  Dale Vince

Match day supporters get to munch on the Q-Pie, a handmade pie on a bed of mashed potato with gravy, peas, and shredded fried leeks on top. “It looks and tastes fantastic”  says Dale. There are also fajitas, burgers, and chips. Something for everyone, and all vegan.

Dale’s a man of vision with a sense of humour. When asked how the fans took the switch to vegan fare, he says,“After four years of an enforced vegetarian diet, they were too malnourished to put up much of a fight!” But now there are some supporters who go to watch Forest Green just for the food. “They even come up to me and thank me, and say I’ve changed their lives.”

The players themselves are each given, along with their new diet, an electric car. Because his interest in clean green energy also extends to transport. He teamed up with Tesla, and provided an ‘electric highway’ of battery chargers at motorway service stations here in the UK. He supplied the power – they were to sell the cars, their electric saloon car to be precise. Partners. That is until he opened an email sent to him by mistake revealing Tesla’s dirty secret. Behind his back they were flying in two of their execs from the US to blacken his name with the service station companies so they could install their own charging system instead.

Dale even developed his own electric sports car called Nemesis, faster than a Ferrari from 0-100, apparently. The businessman in him later mothballed this particular project when he saw big car manufacturers “starting to get into that space”. But he has no doubts about the urgent need for the electric car:- “There are 30 million cars in Britain, travelling 250 billion miles a year and burning 35 million tonnes of petrol. That’s not sustainable – and it’s going up 12 per cent a year.”

So far, Vince has installed 60 battery chargers on motorways, at a cost of £50,000 each. His aim is to take that number to 150. Asked when he expects to see a return on this investment, Dale shrugs,

Some things are more important than money

That strikes me as a pretty good motto for his life.

To read the interview in the Independent click here

To read more of Munchies interview with Dale click here