It’s a fair bet that few people know about this secret haven, so here are a few clues:

It’s home to many other rare or endangered species such as the dormouse, the osprey, the natterjack toad and the great crested newt.

Have you got there yet? If you have you’re a lot better informed than I am, because I did not know that Network Rail’s 30,000-40,000 hectares of land bordering our railway network makes up this wonderfully biodiverse nature reserve.

And the secret of this secret haven’s wildlife success? Strangely, though the two places have little else in common, it’s the same as Chernobyl‘s – there are no humans. As with Chernobyl, along the railway network of the UK, public access is banned. And without people, wildlife flourishes. 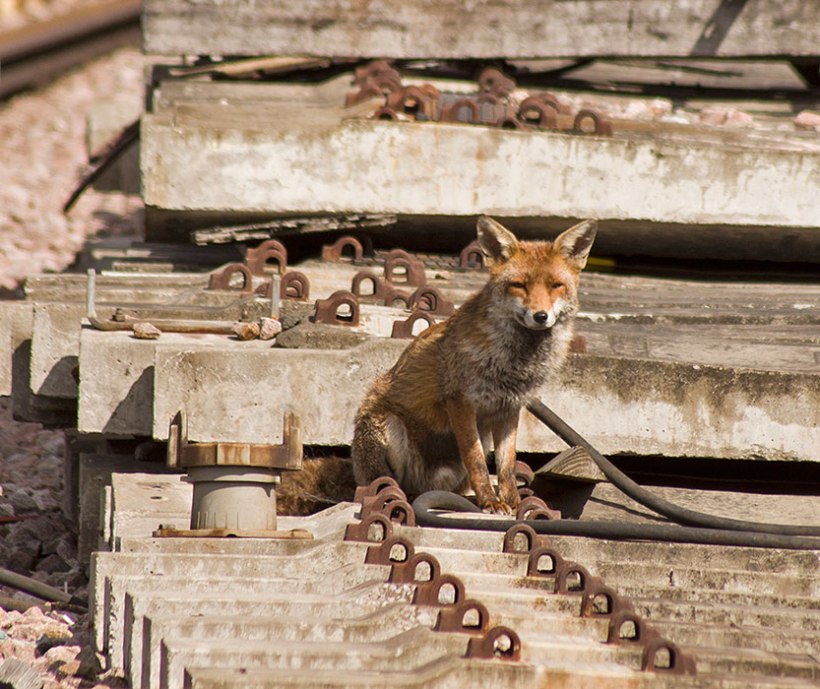 Of course, it’s not strictly true that there is no human intrusion on Network Rail’s land, because obviously their own employees have to work there. But any intrusion is limited and carefully managed to cause the least possible disruption for the flora and fauna.

Under the very lovely title “Sharing Our Railway with Wildlife” Network Rail sets out how it goes about protecting its ‘green corridor’ in which so many creatures have found the perfect habitat. (Ah, if only “sharing with wildlife” were the paradigm worldwide, instead of the ruthless despoiling human-interests-first-and-only approach that’s all pervasive today.)

The railway’s infrastructure inevitably requires new work, improvements and maintenance. So in the spirit of “sharing with wildlife” –

This is the Network Rail’s process

Well, ecological surveys are all very fine, but don’t the ‘Orange Army”, the men & women on the ground doing the hard graft, without the experts’ expertise, also need the ability to identify the plants and animals they come across as the work proceeds? Of course they do. 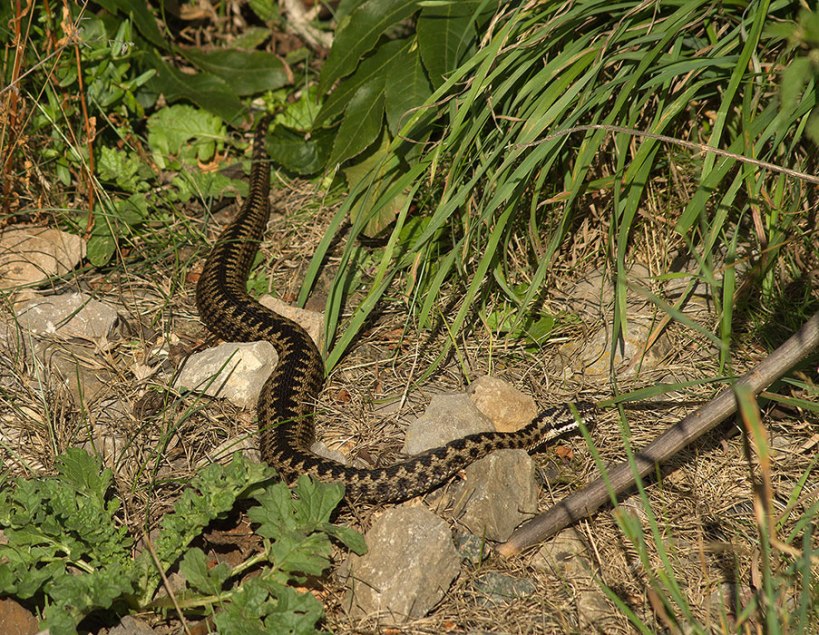 So this is what happens

What it all means

When railway and wildlife needs appear to clash, the data helps provide solutions satisfactory to both. So when electrifying some line meant clearing away undergrowth which just happened to be home to a dormouse colony, a partnership with the National Trust helped create perfect new habitat for these little creatures.

And with perfect timing, at the start of National Badger Week (Saturday 25 June – Saturday 2 July), Network Rail unveiled a new way of working on major upgrade projects to protect badgers living by the railway.

More electrification work in London necessitates deep foundations for the wire-bearing gantries. As standard practice, an ecology survey was carried out. But instead of using the data to apply for a licence to move the badgers, the information was sent to the project team so that designers could see where the foundations should be put to ‘miss’ the badger setts. It’s a win-win. Not only does it mean that the badgers living alongside the railway can stay in their homes, but it also saves time and money on the project. Dominic Dyer, CEO of the Badger Trust congratulates Network Rail on this “a major environmental breakthrough.”

So well done Network Rail for the care you are quietly taking of our ‘secret’national wildlife haven. This truly is “Sharing Our Railway with Wildlife.”