If your dog thinks you’re the best, don’t seek a second opinion. So says the magnet on my fridge.

And that affirmation is pretty much what kids are getting from their furry friends, finds a new study coming out of Cambridge University.  It seems kids often feel closer to their pet than to their siblings – especially if that pet is a canine. Not really so surprising is it, when dogs do unconditional love so much better than people.

For kids a pet, especially a dog, is always eager to hang out with you, play with you, always has time for you, is always there to listen to your woes.

True, confiding in your doggy pal is something of a one-way conversation. He may not get much of what you’re saying and you’re unlikely to get a reply. But isn’t that a good thing? He will know how you feel, and he’ll never laugh at you, never mock, never say, “serves you right”, and most importantly, never tell on you to the grownups. He’ll just gaze at you adoringly, because after all, You Are The Best.

Pets in general improve kids’ quality of life and have “a positive effect on children’s social skills and emotional health.” And “the social support that adolescents receive from pets may well support psychological well-being later in life.”

Furthermore, the study reveals that households with dogs are more peaceable, with “lower overall levels of conflict and greater owner satisfaction compared to other kinds of pets.”

It really is impossible to exaggerate how good it is for kids to grow up with a pet in the family, especially a pup. Or the joy a mutt brings to its ‘brothers’ and ‘sisters’, its ‘Mum’ and Dad’.

But if all that good stuff makes you want to rush out and get yourself a pet, press the pause button a minute. And please,

Just look at these sad statistics:

These are awful, unimaginable figures. All those loving hearts just crying out for a loving home. #AdoptDontShop

On a more cheerful note

In Scotland at least, shelter dogs’ days are about to look up – with music. The Scottish SPCA announced on its website, “In the future, every center will be able to offer our four-footed friends a canine-approved playlist with the view to extending this … to other species in the charity’s care.” The idea is to create a relaxed atmosphere for the ‘guests’ and reduce their stress. 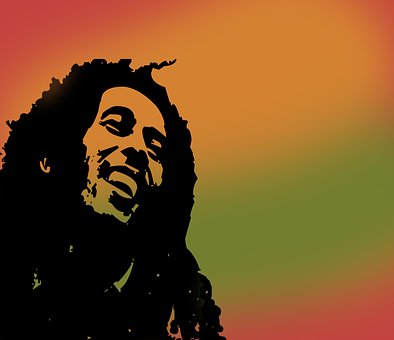 The announcement stems from another piece of research, this time from Glasgow University, looking into how playing different kinds of music to shelter dogs affects their stress levels. Would you believe, Bob Marley and John Denver appear to have the edge over Motown in the mutts’ musical preferences.

For the research, “Shelter dogs listened to a wide range of music from Spotify playlists. The genres varied from day to day, with the furry residents listening to classical, reggae, soft rock, pop and Motown in a series of experiments.

While each genre was playing, the researchers measured the dogs’ stress levels by monitoring their heart rate variability and cortisol levels. They also kept track of whether the dogs were lying down or barking while the music was on.

The researchers found that regardless of what type of music was playing, the dogs were generally “less stressed” with music vs. without. They spent significantly more time lying down (versus standing) when any type of music was playing. They also seemed to show a slight preference for reggae and soft rock, with Motown coming in last, but not by much.”

It did appear though that one pooch’s musical meat is another pooch’s poison. Dogs are just like us – for them music is a matter of individual taste. But every dog will have his day because to avoid that oh-no-not-again feeling, the SPCA intend to continue rotating the musical genres each day. Anything that helps these fur babies to relax and so increase their chances of adoption has to be a good thing. Because they have so much to give.

Let’s give the last word on that to the wonderful writer Milan Kundera:

“To sit with a dog on a hillside on a glorious afternoon is to be back in Eden, where doing nothing was not boring – it was peace.”

Children can become closer to pets than to siblings, study finds – ZME Science

Talking to Children About Animals