There is no denying that the planet faces serious problems on so many levels: war, terrorism, poverty, hunger, disease, the environment, pollution, global warming and extinctions. What makes it more difficult to find solutions to even one of these intractable issues is that all are woven together in a complex nexus.

But if you’re drowning in a daily deluge of bad news like sometimes I feel I am, and losing the will to get out of bed in the morning, feeling helpless and hopeless, disempowered by the magnitude of the problems, don’t despair. Rescue is at hand!

If you haven’t already met it, it’s time to introduce you to my new discovery Earth Optimism, tagline

“Earth Optimism is a global initiative that celebrates a change in focus from problem to solution, from a sense of loss to one of hope, in the dialogue about conservation and sustainability.”

Explore their home page and sample some of the great posts from their blog.

the most famous naturalist on the planet, abseiled down a green wall in the atrium of the brand new David Attenborough Building, Cambridge. The building named for him forms the campus of a new global conservation hub, the Cambridge Conservation Initiative – the largest grouping of nature conservation organisations and university researchers in the world. Big names among them include the International Union for the Conservation of Nature and the United Nations Environment Programme’s World Conservation Monitoring Centre.

At the official opening Sir David addressed those present:

“The future of our life on Earth is dependent on the natural world – for the air we breathe, the food we eat and the water we use – and for the feelings we have of awe and wonder at nature’s extraordinary riches. In this remarkable age we are learning more and more about the intricacies of our dependence on nature. Yet our natural world is threatened as never before. The threats are both numerous and interrelated, and no one institution, however effective, can hope to address them all alone.”

“It is for this reason that the work of the Cambridge Conservation Initiative is so exceptional. By bringing together leaders in research, practice, policy and teaching, we stand the greatest chance of developing the solutions required to save our planet.”

On its campus, the Cambridge Conservation Initiative will be hosting one of the worldwide  Earth Optimism public events being held to coincide with Earth Day April 22nd 2017, and it sounds like a happening absolutely not to be missed.

We are promised inspiring stories of hope, and talks by leading conservationists and naturalists. Topping the bill will be Dr Jane Goodall. Worth going just for that! There will also be a Solutions Fair with positive ideas of practical things we as individuals can do to make a difference.

If you’re interested in joining the Cambridge event look no further for your invitation:

“Given the crisis facing nature, it is all too easy to give up hope. Yet, around the globe we are winning the fight to protect the natural world. Deforestation is slowing down. Wetlands are being rebuilt. Numbers of some of our rarest creatures are on the rise. People are making this change happen. Stand with us on Earth Day 2017 to celebrate what is working and why. Discover how every one of us can become more involved in winning the fight – come to #EarthOptimism Cambridge.”

To register your interest click here. And on the day take the kids!

London is not to be outdone. The London Zoological Society is hosting their open-to-the-public event April 20th-22nd, “during which we will showcase positive actions that are making a difference in people’s relationships to nature and much more.”

Other venues for Earth Optimism happenings on and around Earth Day include Dallas, Washington DC , Santa Fe and Panama.

Earth Day‘s own website is also most definitely one worth checking out.

Earth Day invites you to join the movement here

This is the wonderful thing the internet can do for us now – we can join a worldwide network of activists working together, encouraging and supporting each other. A trite thing to say, perhaps. But it’s good to remind ourselves that we are not as insignificant, alone and powerless as we feel in our blacker moments.

Together we can make a difference, and there is always hope.

Join the March for Science on Earth Day April 22, 2017 at the National Mall in Washington DC.

Give To The Cause. Help power the movement. Donate

Many wildlife and conservation groups published details of their wins in 2016.  To be cheered and encouraged some more, just click here to see the Center for Biological Diversity’s list of victories. And for the WWF’s here

24th February 2017 – From Stephanie Feldstein, Population and Sustainability Director for Center for Biological Diversity: “It’s been just over a month since Inauguration Day. I wish I could say the news has gotten better since then, but it hasn’t. With one exception: the resistance keeps getting stronger. To keep building the movement, the Center is looking for volunteers to help bring the message of resistance to Earth Day festivals in every state. If you’d like to represent the Center at your local Earth Day event, send me an email.” 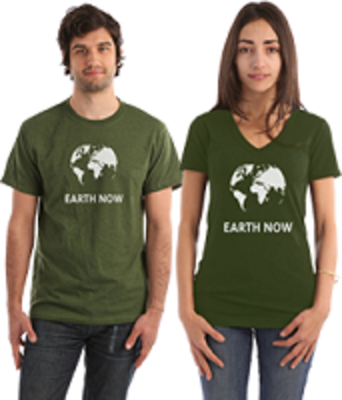 A global movement to celebrate ‘the most precious thing in the world’: introducing #EarthOptimism

Join us to celebrate #EarthOptimism in Cambridge on 22nd April 2017

Read more Has hope become the most endangered species on the planet? – The Guardian

Hope for the Animals & the Planet?

How Drones Might Just Save Our Endangered Animals & the Planet

Half for Us Half for the Animals